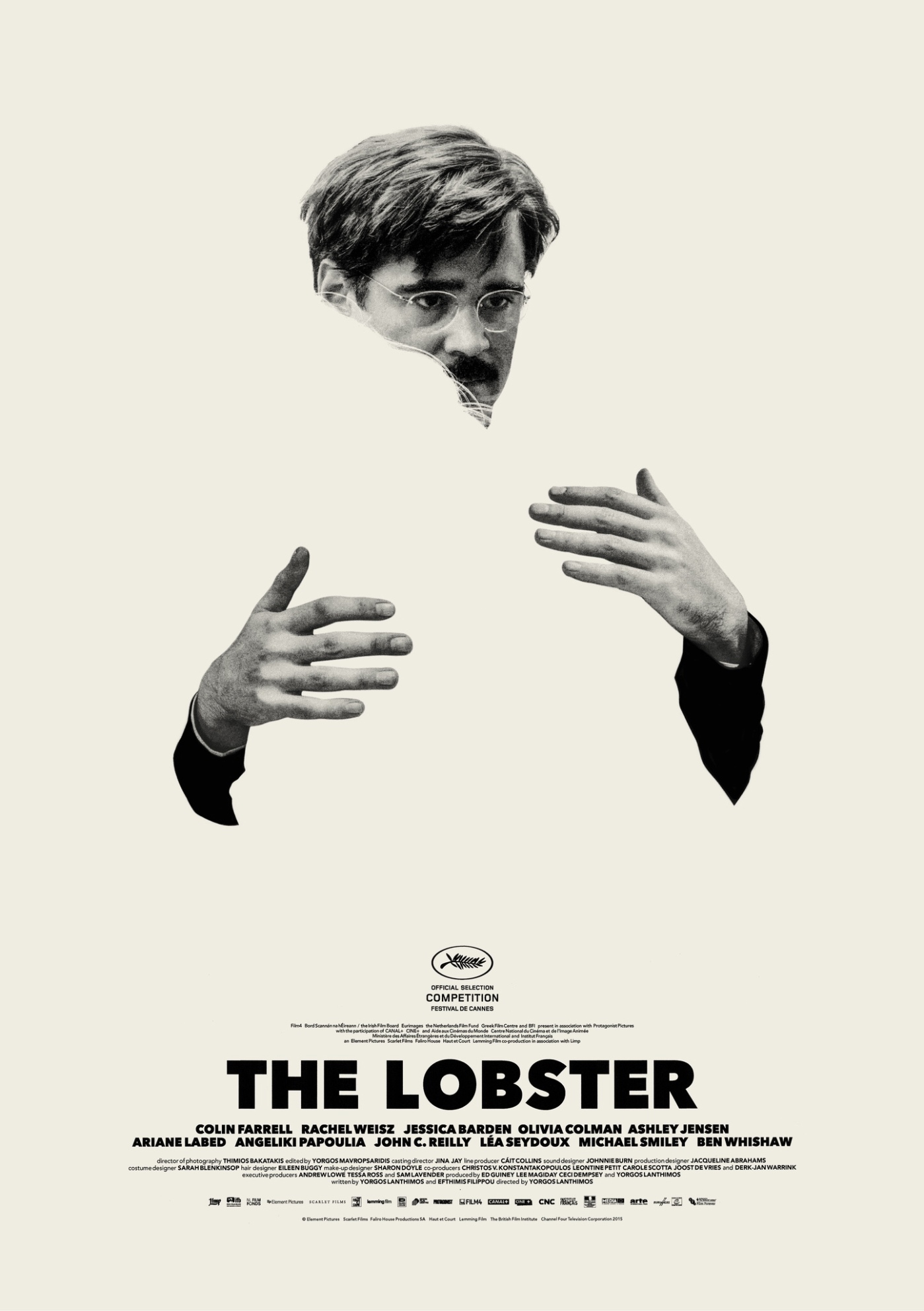 This weird movie starring Colin Farrell chronicles a man, and others like him, checking into this hotel for single people. During the application process, they each have to choose an animal they’d like to be turned into. If at the end of the 45 days stay they’re still single, they’ll be turned into that animal and sent out into the world.

It’s a dystopian movie. Only couples can enjoy the city, taking trips and cohabitation. If you’re seen alone, authorities ask for papers proving you’re in a relationship. Also, at the hotel, it’s all about routine.

Scenarios are acted out by the staff, presumably, every morning as to how and how not to act in relationships and how women are safer from danger when accompanied by a man.

I wasn’t being held at gun point when watching this, but it sure felt like it.

The colors, washed out and dull. The people, all intentionally dull with monotones and very dry humor. The accents, Lord have mercy. The lack of animal transformations, shaking my head.

I also didn’t notice this till after the fact, but Colin Farrell’s character, David is the only one in the cast description with an actual name. Everyone’s defined by either unique physical traits or what they have an interest in.

Just imagining being forced to choose a partner based on a few qualities or a single similarity seals the idea of a dystopia for me. So kudos to them on that part.

The movie drags on, even after David makes his grand escape from his psycho-sadist wife and the hotel and joins a group of “loners” in the woods. There, you can get punished or killed for anytime of intimacy with another person, such as kissing, hugging, intercourse, whatever.

David eventually falls in love with this woman in the group and she Oedipus’s herself, if you know what I mean. It’s so senseless.

He still loves her anyway and they run off together and he vows to impair himself as well using a knife. The movie ends on a cliffhanger that wasn’t even earned.

I finished the movie disappointed and annoyed. All the praise and high ratings it received are baffling, and that’s coming from someone who love weird avant garde- like films. I would not waste my time watching this film again.